This past week I had lunch with a group of amazing pastors from the Stanwood – Camano Island area. This is a group that has been meeting about once a month for many years. Pastors have come and gone, but many of them have been serving in their current congregation for a very long time. And just to be clear: these are NOT Presbyterian pastors (there are no other Presbyterian churches here). These are pastors from a number of different denominations that gather to talk and support one another.

After we had lunch this past week I left marveling at their humility and genuine concern and support for one another (not for the first time). I reflected on how they so willingly allowed me to join them when I came to the area 18 months ago as the new church planting pastor. Not only that, but every time I meet with them I go away feeling encouraged, supported, and connected with the larger Church. I’ve often wondered: Would I be as supportive and caring to a new church pastor in our community if they were starting a new church?

When I think about this question I think back to when I was in staff in Marysville. When I search my heart honestly I have to admit that whenever I saw a sign or advertisement for a new church I often felt threatened and competitive. Why? Ok, sometimes their advertisements were basically saying: “We are way better than any other church! Come here and see what you are missing” (not in those exact words – but not far off). In other words, their advertising was clearly being directed at those already connected to other churches and offering the “new and improved version.” However, sometimes the advertisements were nothing more than a sign with a new church name, service time, and an invitation. Why would I or any other pastor/church leader feel threatened by that?

There are perhaps many different ways to answer that question, but probably the #1 reason this happens is when a person’s focus is not on Jesus and the Gospel but rather on the institutional church. Institutional focus results in the need to produce results and the measuring of success revolving around “butts, bucks, and building” (attendance/membership, money/budget, facilities/survival). Focus on the Gospel and on Jesus results in the ability to say (with the Apostle Paul) “…Christ is proclaimed in every way, whether out of false motives or true; and in that I rejoice” (Philippians 1:18). The truth is, there are many people that have not yet believed the gospel and who do not have a church community. There is no reason for competition unless our goal is to get everyone already connected to a church to come to profess the same doctrinal statements and to leave their church and come to us.

So I am humbled and grateful for the many pastors that already serve this community and their friendship. I know that God has called us here to participate in what the Holy Spirit has already started. We know that we have a unique role to play, and that we are being called to disciple a unique group of people, but we are all part of Jesus’ body – the Church. My prayer is that as I continue in ministry that there will be more unity among church leaders and that I will be as humble, kind, generous, encouraging, and hospitable as the pastors of this community have been to me. 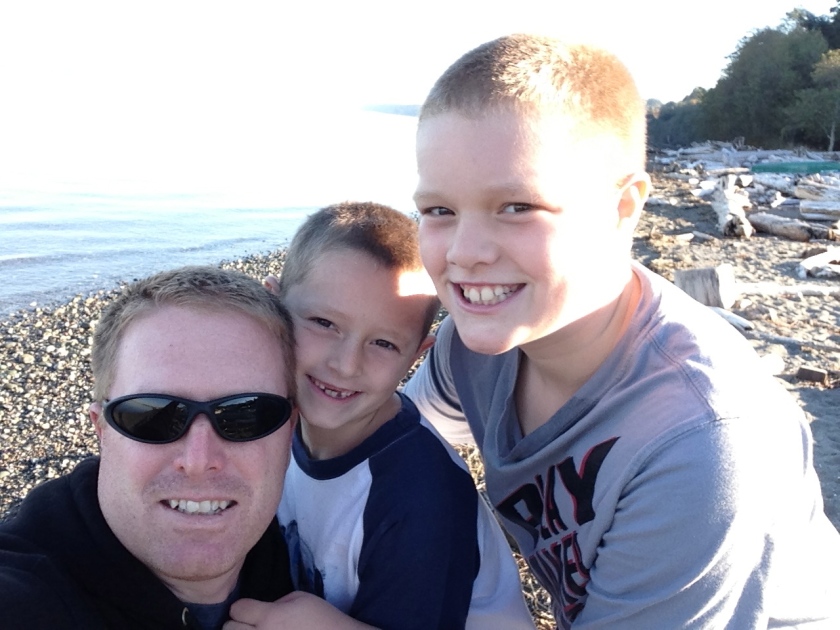 Recently my youngest son, Calvin (8 years old), made a comment about wanting to be a pastor someday. I don’t exactly remember how the conversation began, but it had to do with something at school where he had to answer that dreaded question: “What do you want to be when you grow up?” The conversation happened with both my wife and I present. With a mixture of pride and concern I asked, “WHY do you want to be a pastor?” His response: “It doesn’t take much energy.” My wife and I tried to hide our reaction as we both looked at each other wide-eyed.

My wife’s look said it all, because she knows exactly how much “energy” being a pastor requires of me. She sees me lying on the couch in a gelatinous pool of emptied humanity every Sunday after worship. She gets woken up on those nights when I can’t sleep because an important issue with a certain person is keeping me awake. She sees all the hidden hours of work that will never make it onto a timesheet – and so much more! Fortunately, I was able to keep my thoughts to myself and give him a generic response equivalent to: “That’s nice honey.”

Not much energy!? Where did that come from? I could’ve taken his meaning to be: you don’t work very much or very hard. But I have a sense that there is more to it than that. Let me explain.

Recently I was with some other pastors and we were talking about this very issue of “energy.” One woman shared a story about how her young children once explained her work as a pastor to others as “going to a bunch of meetings.” Another person shared that their child once described themselves as “living” at the church building. Unfortunately, these stories aren’t that uncommon.

When my wife and I were newlyweds, I took a job as a youth director at a church. It was our first time being exposed to what full-time paid ministry work looked like from the inside. Like many people we naively assumed that it would be a somewhat “easy” job. After all, I had spent seven years working in wildland firefighting where it wasn’t uncommon for me to put in over 1000 hours of overtime between June and September! 21 days on, 2 days off during the busiest times. How hard could ministry be in comparison?

I quickly discovered that not only was I putting in hours that well exceeded my expectations (including stretches extending at times to multiple weeks without a full day off), but many of those I knew in ministry were even busier. So busy, in fact, that my wife and I made a vow to each other that we would never allow our life to get out-of-control busy for the sake of ministry. Not that we weren’t willing to make any sacrifice to follow Jesus, but we didn’t believe that God desired for us to be burned-out casualties, with neglected children and a broken marriage, all for the sake of running church programs.

That brings me back to my son’s comment about wanting to be a pastor because it doesn’t “take much energy.” Does he think that my job is easy? I hope so! When we started Tidelands we had people questioning the wisdom of starting a church with a core team consisting of families with young children (I’ve questioned the wisdom of that myself many times in the past year as well). But we believed, and still believe, that if we couldn’t start a church while as the same time practicing self-care and raising our children well, then we were starting something that we didn’t want to be a part of anyway!

The truth is, I do work from home a lot right now since we don’t yet have an office in the community (we have a room in our shop that I use that is separate from the house). Even as I type this I am working from home with my kids around (they have a half day today from school and my wife is still working). So part of this probably has to do with perception: my kids see me a lot. I drop them off at school every morning. I pick them up from school every afternoon. But I also coach their soccer and help with their baseball – and that is intentionally part of our mission. Also as part of our mission, we have our missional community at our house every Sunday night for dinner and a meeting where all the kids are included. Last Sunday we went and worked as a missional community at a neighbor’s house that needed some yard work done with the kids’ help. Tonight we will be doing our monthly dinner out at a restaurant with our MC (including kids). So I believe that part of what my son means by, “it doesn’t take much energy,” is that he knows that I am very much a part of his life and the life of our family. I’m not locked away in an office somewhere running off to meetings every night of the week in order to keep programs up and running. I hope that is what he means.

I also hope that part of what he is trying to express is that he can see just how much joy is in my life because of Jesus. Despite being physically, emotionally, and even spiritually drained at times, I hope that he is noticing that because I am doing what I am called to do by God that I still have joy and energy left for him! I have peace rather than exhaustion when the day is done.

I recognize that all of this may come across as unnecessarily sanctimonious. I hope that it doesn’t. Just a couple of weeks ago my kids were complaining about me being at too many meetings because I had two nights in row when I had to be gone. So for them, even one meeting a week is too much! But I do hope that we as pastors (and parents in general) take the time to question whether we are modeling what life in Christ and life in the church community is supposed to be about. Are we converting people to Jesus’ way of living or something else?

The conversation came up again, and this time my youngest son told me again that he wanted to be a pastor. He said that my job was better than “mom’s” (she is an elementary school teacher). When my older son challenged him, he explained that my job was best because it was so important. It was important, he said, because I get to go out and tell people about Jesus that don’t know him yet. I was driving them home from school at the time, and I was so overjoyed that this was how he defined my work as pastor that I had tears in my eyes and almost had to pull over! I didn’t have the heart to argue with him, because I actually believe that telling people about Jesus is the job of every person in the church. For the record: I also believe that, in terms of impact for God’s kingdom, my wife’s job is much more important than mine. Someday, I hope he’ll understand that as well. In the meantime, I’ve tried to prove to myself that all that I’ve written here is valid by taking the time to blog in the midst of a day when my “todo” list is long enough to justify 1,000 hours of overtime!